We welcome you to our Gite at La Roche d'Enchaille

We converted the house ourselves in 2007 – Garth did the building work and Lizzy designed the interiors. We wanted to create a house that reflected classical French country style, and that was a pleasure to stay in.
Living area 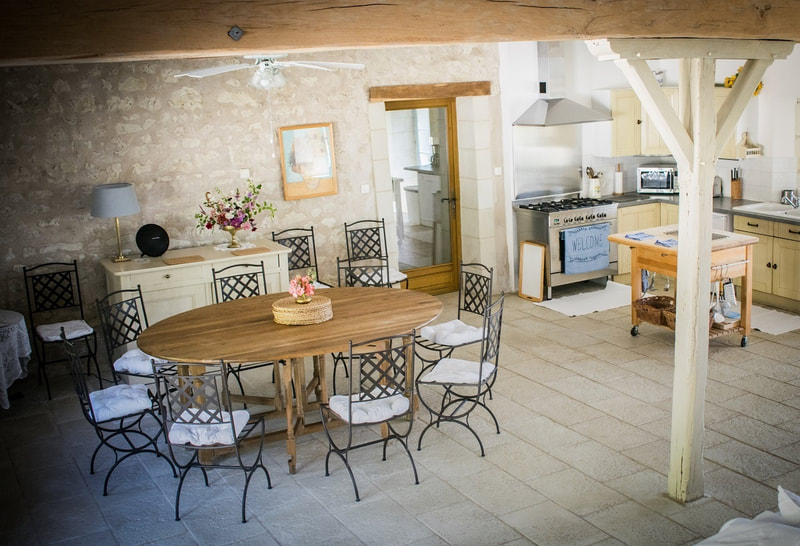 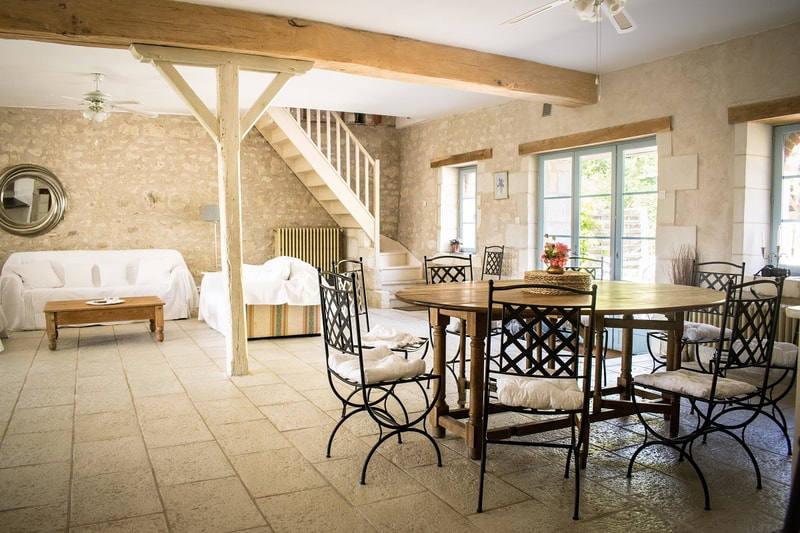 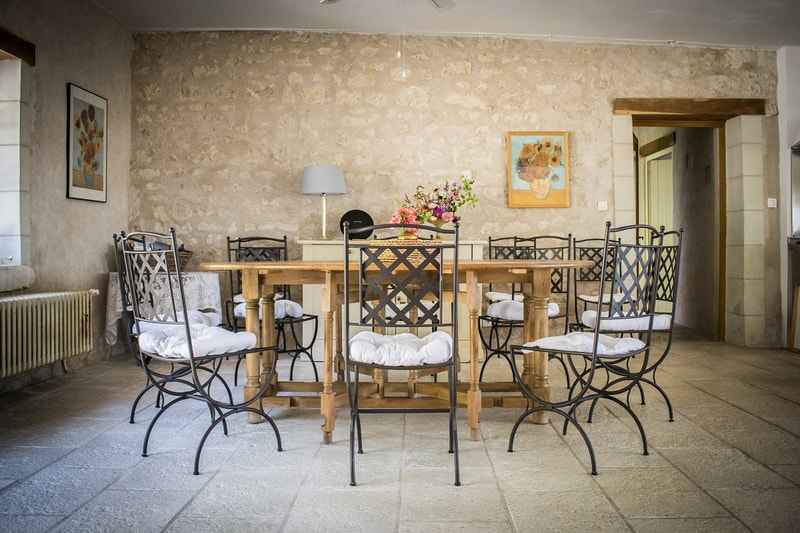 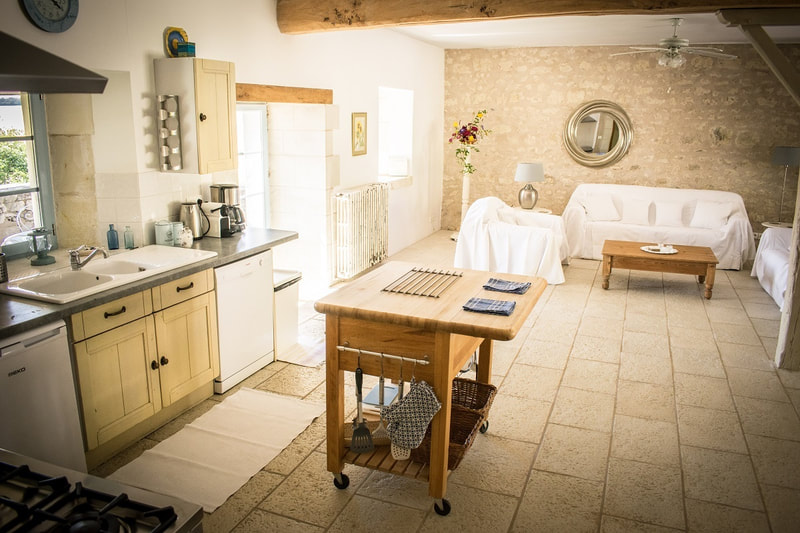 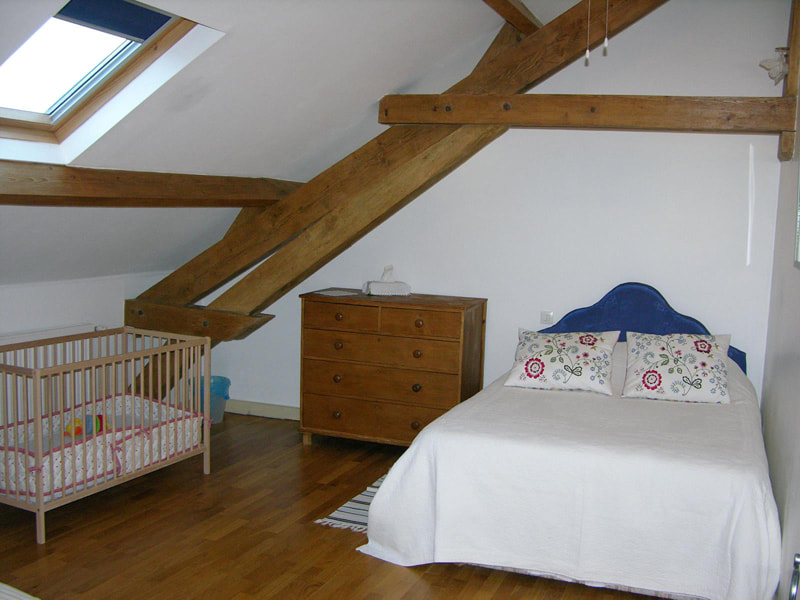 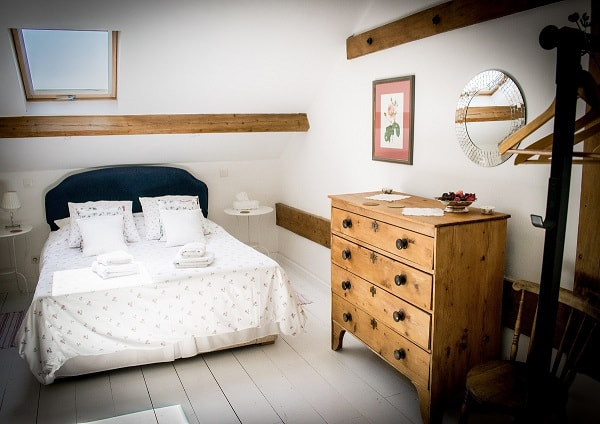 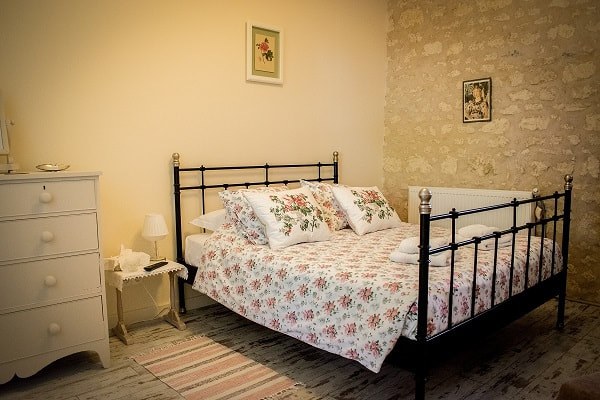 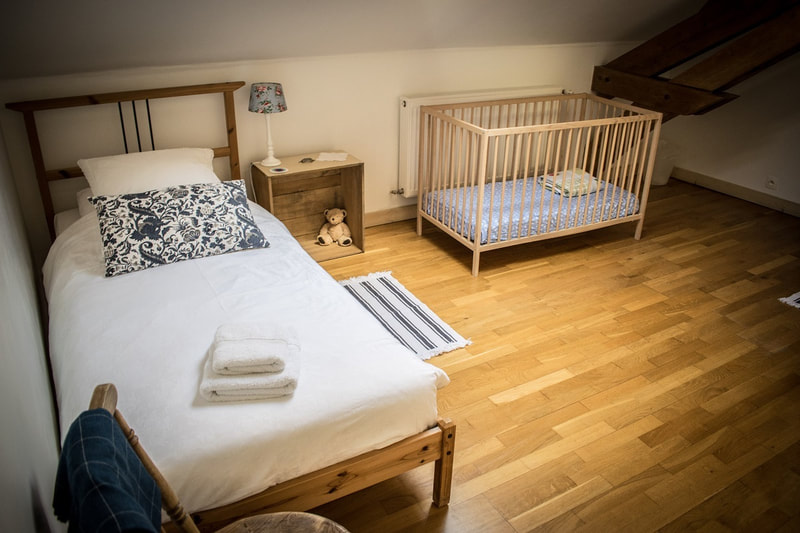 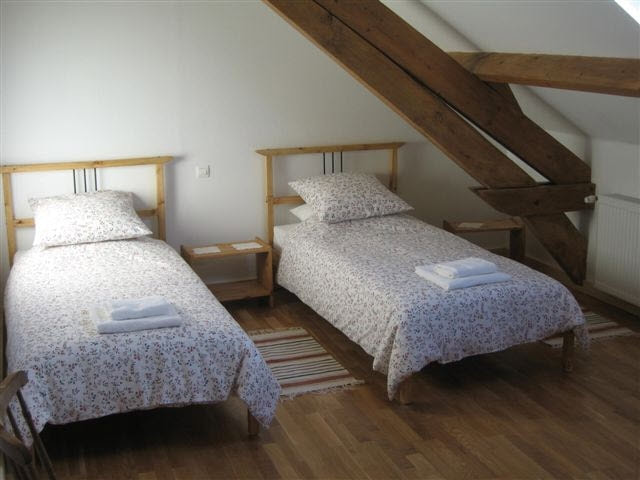 Bathrooms
There are four bathrooms. Off the landing is a large bathroom fitted with a freestanding clawfoot bath complete with shower attachment.
As mentioned above, the master bedroom has an en suite shower room. Downstairs off the living area you will find an open-plan shower room with level access and a WC.
The loft annexe has it's own shower room with WC.
Television, internet and games.
There is free Wi-Fi.
Upstairs on the landing there is Free sat television French and English a PlayStation games console and a sofa to lounge on.
There is a Harman/Kardon Bluetooth music speaker and a selection of  board games.
Terraces & boules court
On both sides of the living area, French doors lead out onto private terraces.
The front terrace catches the morning sunlight and is a good place to eat breakfast.
The back terraces look out over open countryside, the pool/hot tub area and the boules/petanque court. There are some spectacular sunsets to be enjoyed from this vantage point!
Revise the rules of boules.
Games area
In the east end of the barn is a large games area, with table tennis table and a dartboard. This area also provides a covered area for unloading and a utility room which houses a washing machine and a Fridge freezer. 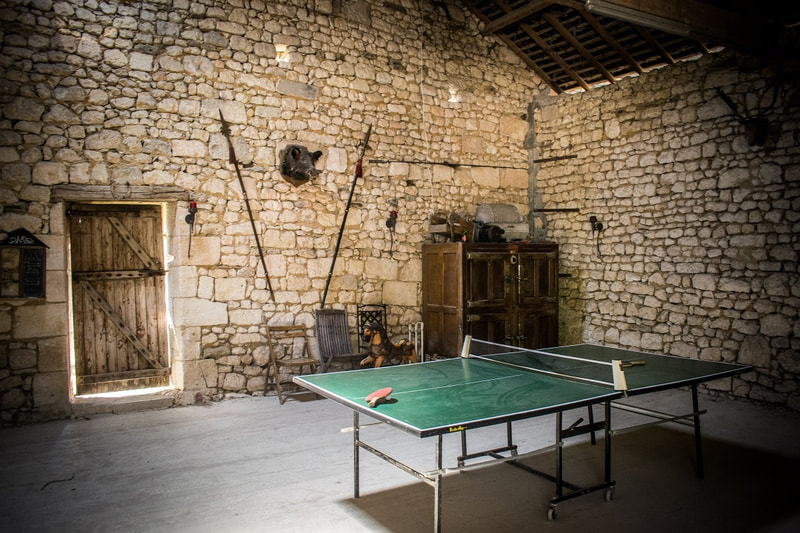 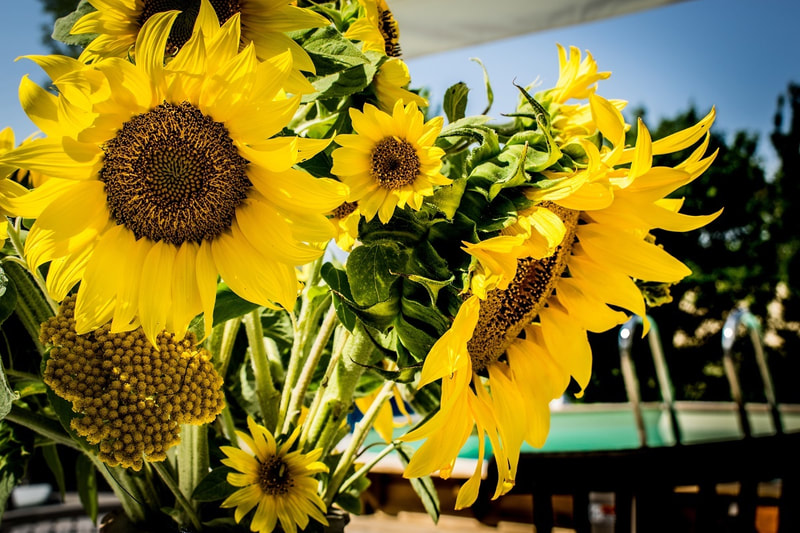 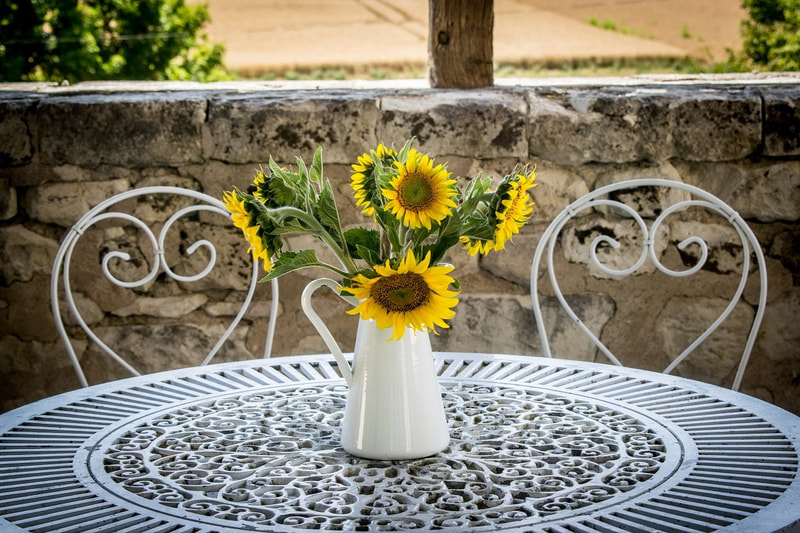 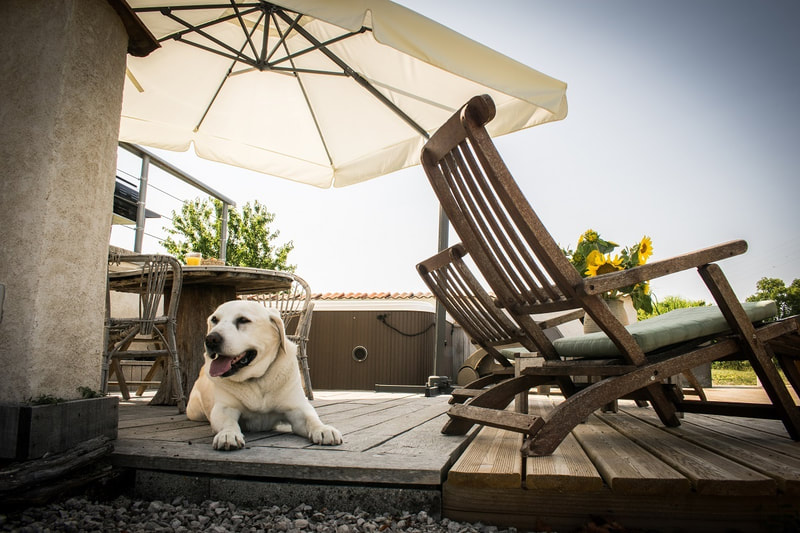